GivePulse understands that COVID-19 is impacting our communities. See our latest resources to stay safe and organize events.

The historic City of Medford is a diverse community of approximately 57,000 people, occupying 8.21 square miles. The City’s proximity to Boston, access to major highways and roadways, public transportation and Logan International Airport make Medford an attractive option for residents, businesses and commuters.

By City Charter, Medford operates with a “Strong Mayor” form of government. It is governed by an elected Mayor with a seven-member City Council, which is elected at-large every two years. Mayor Breanna Lungo-Koehn is currently serving her first term as Mayor, after having served 18 years as a Medford City Councilor. At the time of her first election to the City Council, Breanna was the youngest Medford resident to ever hold that role. Mayor Breanna and the City of Medford are committed to the health, safety, happiness, and well-being of the City of Medford, its residents, and its businesses. We hope to collaborate with you on one of our many upcoming projects, programs, and initiatives!
Social
Website
GivePulse
2 People | 0 Impacts | 0 Hours

A few people you will meet... 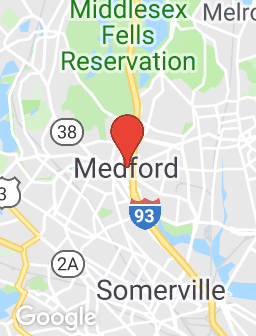